The Chautauqua Assemblies
A National Movement Begins
The Chautauqua movement began in 1874 at Lake Chautauqua, New York. A Methodist Minister and Bishop, Dr. John H. Vincent, visited many churches in Ohio, Indiana, and Illinois. As he traveled from church to church, he paid particular attention to the quality of Sunday School teaching. Rev. Vincent was a firm believer in the value of Sunday School, but found the quality of religious instruction varied greatly from place to place. Vincent partnered with an Ohio businessman and began to look for a site where he could help to teach Sunday School teachers how to better teach the children in their churches. The two men found a site on the shores of Lake Chautauqua and invited Sunday School teachers from across the nation to come to New York to attend lectures and seminars during the day, and to camp out under the stars at night. 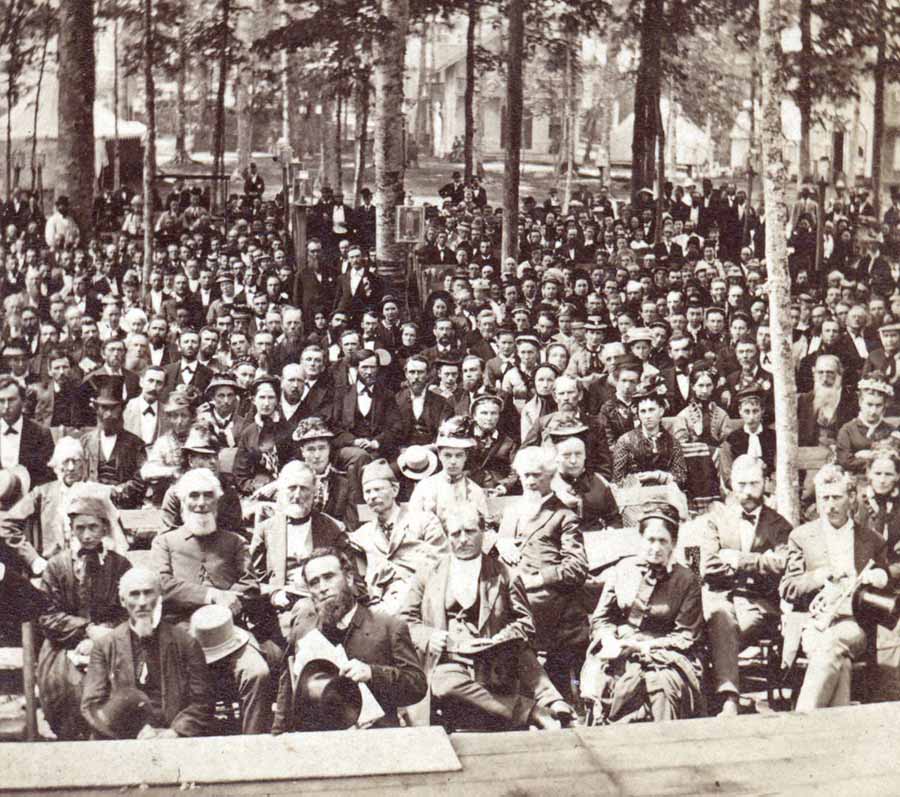 The two-week outdoor event set the pattern for Chautauqua Assemblies everywhere. The attendees at that first Chautauqua assembly were taught religious precepts and pedagogy, among other subjects. Since many of the teachers taught immigrant children, there were also classes in foreign languages, as well as courses in sociology. The early Chautauqua meetings were great successes and each year the number of participants and the diversity of the subjects covered were expanded. Elements of tasteful and edifying entertainment were added to the program's agenda, as were visits and speeches from famous people. After just a few years, "Daughter" Chautauquas began to spring up - first in New Jersey, and then Pennsylvania, Ohio, Indiana, Illinois and, eventually, all the way west to California. By 1915 there were as many as 10,000 smaller Chautauqua-styled events scattered across the land.

The Pontiac Chautauqua Assemblies: 1898 - 1929
The first Pontiac Chautauqua Assembly was the work of a group of dedicated volunteers, led by A.C. Folsom, a bookkeeper at the Allen Candy Company.* Folsom believed that the Chautauqua movement would be beneficial for the citizens of the sleepy, rural town of Pontiac. Folsom and the other civic leaders involved in the first Pontiac Chautauqua sold shares in the venture to finance the project. About $5,000 was collected that first year. A parcel of land situated along the Vermilion River known as "Buck's Pasture," was purchased, surveyed, and renamed "Riverside Park." The existing vegetation was cleared, roads were built, and construction began on a large pavilion. The pavilion, designed by J.W. Hercules of Pontiac, was built at a cost of $1,800. Consultations with the New York Chautauqua producers helped to book the speakers and talent for the two-week season, and all preparations for the first Pontiac Chautauqua were complete. 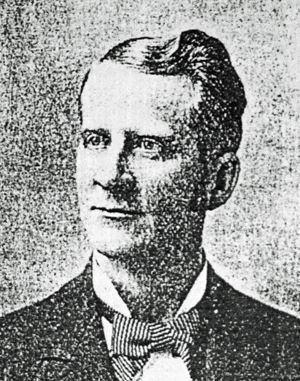 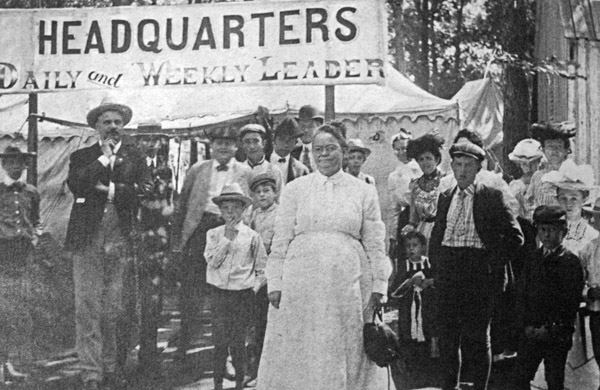 On July 29, 1898, Pontiac's first Chautauqua Assembly opened. Over the course of the Pontiac Chautauqua Assembly's 32-year history, visitors were able to hear famous religious and political speakers, and attend lectures or demonstrations focused on cutting-edge topics in science, technology, philosophy, literature, and world events. They could listen to noted musicians, watch professional dancers, enjoy comedians, magicians, jugglers, story-tellers, and impersonators. You may view a list of some of the entertainers by using this link. You may also view images of the Pontiac Chautauqua by using this link to the Photo Album.
Explorers who had visited the four corners of the globe brought glass lantern slides to the Chautauqua and gave travel-related programs highlighting such exotic locales as Africa, the South Sea Islands, Australia, and the Holy Land. Opera stars and full Broadway productions were presented on special evenings, and spectacular pageants, with casts of over 400 people, were occasionally staged. For the largest pageants, local citizens were invited to play minor roles alongside of the professional leading men and women.
Each year, Pontiac's Chautauqua Assembly got larger and more extravagant. At first people came to the park by horseback, in a horse-drawn buggy or wagon, or by rail. Since many attendees came from small communities in the area, they planned to camp overnights at the park - some for the full two weeks of the event. Campers could either bring their own tents, furniture, and household goods or rent everything inside the park for reasonable prices. In the year 1900, there were 286 family tents in the Riverside Park tent city. As automobiles began to replace the horse and buggy, most of Chautauqua's patrons came to Riverside Park for the two-week festival using their new personal cars. 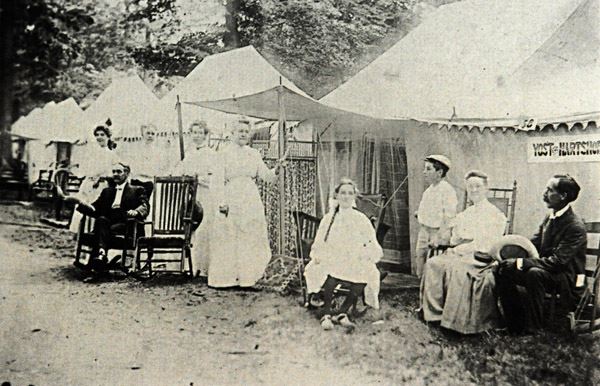 On the grounds of Riverside Park there was a dining hall, a hall of science (occasionally converted to an evening dance pavilion), an ice cream and refreshment stand, a night spot for adults (no alcohol allowed, of course), a branch U.S. Post Office, and a 4,000 seat auditorium with open sides to let the patrons enjoy the cooling breezes of a summer's evening at the Pontiac Chautauqua. Campers could place a daily order for groceries in the morning, and have that order filled and delivered in time to be fully prepared for that day's suppertime.
During the morning of a typical day at the Chautauqua, the women would gather in the Hall of Science to learn about nutrition, child care, basket-making, or other topics of interest to the ladies.  In the mornings, the men would go to their workplace. Almost all shops and factories in Pontiac closed during the afternoons of the Chautauqua, so that the men could congregate in that same Hall of Science later in the day to learn about the latest advances in agriculture, politics, science, government, or mechanics. 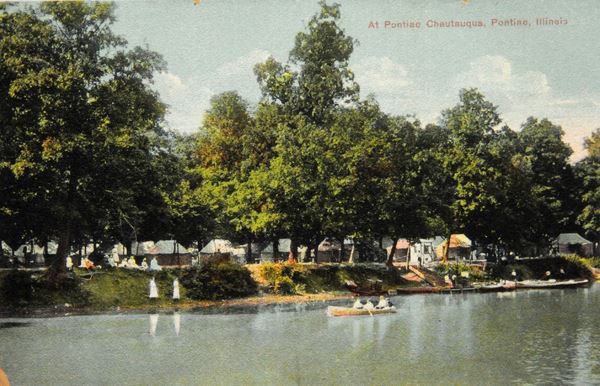 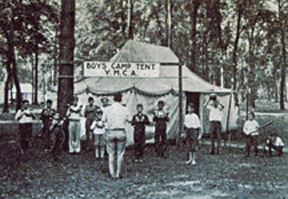 Young boys and girls would attend either a Boys Club or a Girls Club during daylight hours where they were kept busy with sports, crafts, and other activities. Even the youngest children were provided for as the Chautauqua included a kindergarten led by a professional teacher hired from the Normal School near Bloomington, IL. In the evening the entire family would come together for the night's entertainment in the pavilion.
On the hottest days of the event, swimming and boating on the Vermilion River were most popular. The Pontiac High School began holding commencement ceremonies at the park and this remained a tradition until the Chautauqua Assemblies ended. Each year the children involved in the Boys' Club, Girls' Club and Kindergarten would create and present a pageant on the pavilion stage for their parents and other interested members of the community. 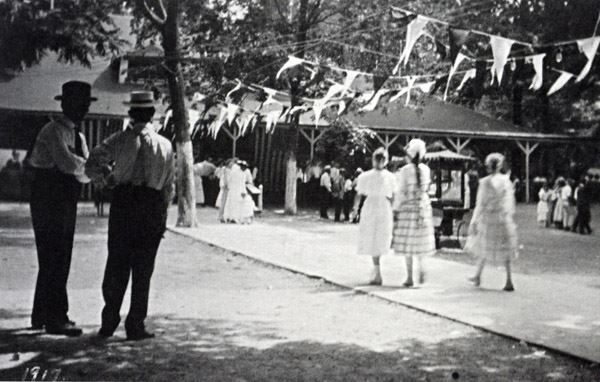 Some important "Firsts" occurred at the Chautauqua Assembly in Pontiac. The first motion picture shown in Pontiac happened at the park. And one year, people stood in line for hours into the late night to view the surface of the moon through the lens of the first powerful telescope to come to this small, midwest community. The creation of a local dramatic group that produced for the Chautauqua audiences, served as the forerunner of our current local theater troupe, the Vermillion Players. And, the Pontiac Military Band, comprised of local musicians, was the model for the current Pontiac Municipal Band.

Pontiac's Chautauqua Assemblies were quite successful. In the year 1900, a one day attendance record was set at just over 11,000 people. This is more impressive when one considers that the total population of the city at that time was only 7,048 according to the U.S. Census. In 1905, Pontiac's annual summer assembly set another remarkable attendance record. According to one source, the 1905 Pontiac Chautauqua had the “Largest attendance of any western Chautauqua, its daily attendance during the entire 16 days averaging 6,702,” for a two week total of 107,232 attendees. However, interest in the Pontiac Chautauqua Assemblies began to wane in the late 1920s. The economic downturn that presaged the Great Depression had begun by then, and other options were now available for both entertainment and erudition. Radio, a truly national press, and motion pictures became the primary sources of timely knowledge and variety entertainment. The Assemblies had served their purpose admirably, but newer technologies quickly replaced them.

The Chautauqua movement was a truly American phenomenon, and the Pontiac Chautauqua Assembly was considered one of the most successful of these types of presentations west of Pennsylvania. Geared primarily to the tastes and aspirations of the developing middle class, the Chautauqua Assemblies traded in the intellectual staples that the middle class adopted as their cultural touchstones: Religion and ethics, life-long educational opportunities, and popular culture that did not seem to threaten the idealized norm, or reflect greatly the negative aspects of the American socioeconomic culture at that time in history.
It is important to note the Chautauqua Movement was not without its critics. Many, including American author Sinclair Lewis, thought the Chautauqua Movement failed to reflect the reality of American life at the time. There were few original thoughts presented to the audience, just platitudes that reinforced the standard, Christian view of a society that was beginning to become truly multicultural and that wished to retain the status quo.
President Theodore Roosevelt once called the Chautauqua Movement "One of the most American things in America." During World War I, President Woodrow Wilson proclaimed the Chautauqua Assemblies an "integral part of the national defense." Throughout its history, the Chautauqua Movement has played a critical role in the creation of the American Middle Class and all that it entails. In the 21st century, there remains the original Chautauqua Assembly in New York, as well as a few other survivor Chautauqua gatherings scattered around the nation who annually produce events modeled after the 19th century phenomenon.
[]