During the American Civil War, (1861 - 1865), Livingston County and the City of Pontiac enthusiastically supported the Union cause. The census of 1860 showed there were 11,637 inhabitants in Livingston County. Scarcely one­-fourth of this number were males of proper age for military duty, yet this county sent 1,444 soldiers to the field.

Most of the Pontiac's men who were eligible to serve in the army volunteered. According to one report, with the exception of only two men, every adult male member of Pontiac's Methodist Church who was eligible to serve in the army, including the pastor, volunteered for military service. Fortunately, every man that went to war from this church returned safely to Pontiac.

From the City of Pontiac's total population of 728 men, women and children, 72 men died while in service to the nation. Below is a list of the units and where the men from Pontiac served. You may also visit the Civil War Stories page for more personal civil war tales. 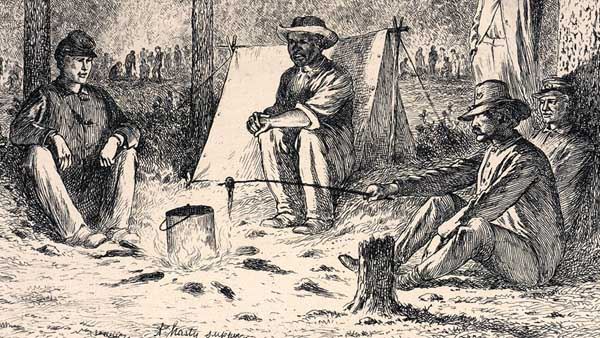 Shortly after President Lincoln's call for volunteers, 42 men from Pontiac traveled to Ottawa, Illinois (43 miles north of Pontiac) to join in the formation of Company G of the 53rd Illinois Volunteer Infantry. They completed training at Fort Douglas in Chicago and were sent to Tennessee where they took part in the second day of fighting at the Battle of Shiloh (April 6-7, 1862) under Union General, U.S. Grant. Later, the 53rd saw action in such important battles as Corinth and Vicksburg.  At the Battle of Jackson, Mississippi (May 14, 1863), the Fifty-third participated in what was later called a "gallant but disastrous charge." 250 men and officers went into the fight, with only 66 coming back. In October of 1864, the 53rd marched to Kingston, Georgia, and joined General William Tecumseh Sherman's forces during the siege of Atlanta. After that victory, the unit took part in Sherman's March to the Sea, and the march through the Carolinas. At the end of the war, the men of the 53rd marched to Washington, DC to take part in the Grand Review which took place over two days in the capitol. They were then sent by rail west to Chicago, given final pay, and dismissed from the service. 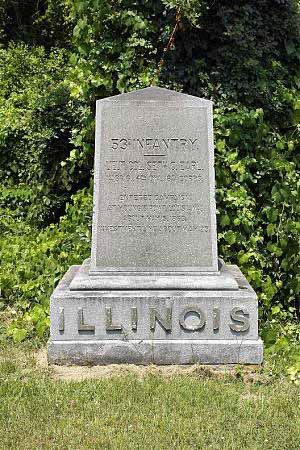 In August of 1862, a new Illinois Infantry Regiment, the 129th, was formed in Pontiac. The unit had 927 officers and men divided into 10 companies.  Half of the regiment came from either Pontiac or the surrounding communities of Livingston County, (Companies A, B, C, E, & G). The other half were volunteers from  Scott County (Companies D, F, H, & I) and Rock Island County (Company K) in western Illinois. The men of the 129th were trained in Pontiac before being ordered to Louisville, Kentucky to confront Confederate General Bragg and his forces. Later the 129th was ordered to Mitchellville, Kentucky to protect the valuable bridges and railways that were critical to keeping Union forces in the field supplied. 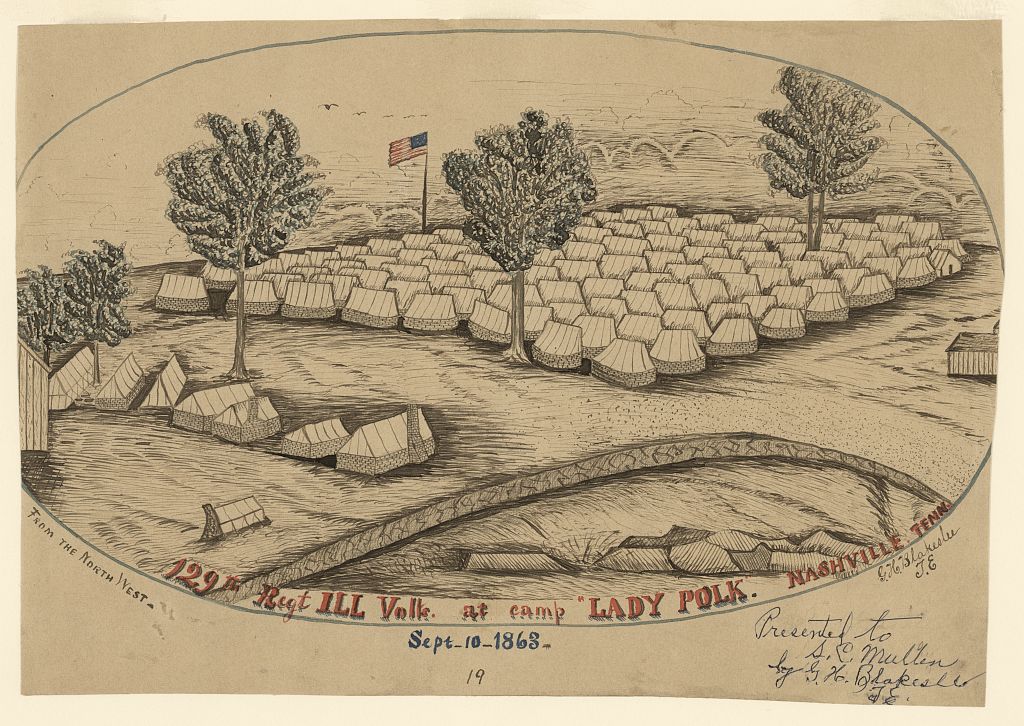 From the 1st of June 1863 until the 22nd of August, the 129th garrisoned Fort Thomas at Gallatin, Tennessee which was threatened by Confederate General John Hunt Morgan and his command of raiders. The unit was then placed in garrison at Nashville, where it stayed until ordered to the Wauhatchie Valley in Tennessee. On May 3, 1864 the unit joined Sherman's army at Atlanta for his grand march to the sea, and then continued with Sherman as he fought his way up through South and North Carolina. The 129th played a conspicuous part at the battles of Averysboro and Bentonville, the last major battle of the war. After the end of the war, the men of the 129th also marched to Washington, DC to take part in the Grand Review. After the parade, the men were sent to Chicago by rail, given their final pay, and returned to their homes. During the war two officers of the 129th were killed, and 50 soldiers of the line were killed or mortally wounded in battle. Scores of men were less seriously wounded, and 128 men were lost to disease or other, non-combat causes, for a regimental total of 180 dead.

Other Civil War Units with Livingston County and Pontiac Personnel